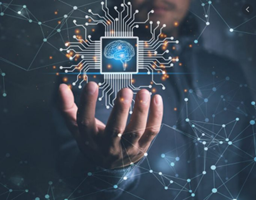 Over time three primary approaches have been developed to pattern metals: Wet etching, a physical deposition approach known as “lift-off,” and plasma etching. Wet etching, while having relatively low associated equipment costs, are limited by the isotropic nature of the etch mechanism. In this subtractive method, the isotopic etching behavior is only useful for features with non-critical dimensions (e.g. >~5 μm). There is no doubt that wet etching has applicability to larger features where the amount of undercut is small in relation to the feature size. Although wet etching processes are typically highly selective, the extremely reactive reagents often needed to etch metal may damage other exposed materials.

The second technique, a physical deposition approach known as “lift-off”, is an additive process. Metal is deposited over the entire area that is specially patterned such that metal in unwanted areas are lifted off when the sacrificial layer is removed, and only metal in intended areas remain. While not having the drawbacks of using harsh chemicals, there are problems in that metal may adhere to areas where it should have lifted off. It may form “ears” on the sacrificial material’s sidewalls, and it may even redeposit from the solution used to dissolve the sacrificial layer and reattach itself to the device.

A third approach developed to avoid wet etching and lift-off uses plasma. That is the main subject of this article.

What are “difficult” metals?

Plasma etching has proven to be instrumental in creating structures and microdevices in a wide variety of applications in areas as diverse as electronics, photonics, MEMS, and optics. One of the characteristics of etching most materials is the ability to make volatile reaction products, typically with either fluorine (F) or chlorine (Cl) radicals. It is these volatile byproducts leaving the substrate surface that forms the structure of interest. The combination of available reactant flux to the surface, and the flux of etch products departing the surface determines the etch rate.

Howeverm there are a variety of materials that do not readily form reaction byproducts and others that react but have too low a vapor pressure. Examples of the former are inert metals such as platinum (Pt), gold (Au), and silver (Ag) while examples of the later include nickel (Ni), iron (Fe), and copper (Cu). As the title of this article suggests, these metals are often considered “difficult” to etch.

The benefits of using these materials for ohmic contacts, bond pads, rf waveguides, switches and interconnects are well established and outweigh the processing challenges involved in using them. While we have described these materials as inert, we must note some reactivity has been observed (e.g, gold with chlorine radicals at elevated temperatures). However, the process space is very limited and not unambiguously defined or understood.

With only very low chemical reactivity or reaction products with low volatility, dry etching relies on a physical process known as sputtering or sputter etch. In this case, argon (Ar) ions are used as the equivalent of sand when sand-blasting a surface. This process also has limitations, one of which affects the etch results and one that affects the chamber. Both stem from the same mechanism. The metal being removed has to go somewhere, and unfortunately, that somewhere is the sidewalls of the masking material and the surfaces of the chamber.

Material redeposited on the sidewalls of the masking material remain after the mask is removed. These features appear as “ears” or “fences” and cause a multitude of problems such as shorting between device layers.

One way of reducing this problem is to use a thinner mask, but this limits the thickness of the metal that can sputtered. Using a mask with better selectivity such as silicon oxide (SiO2) helps since the mask will be thinner. Another solution to this problem is to create a mask that acts to lift off the sidewall redeposition. This approach is Plasma-Therm LLC Patent Pending. A mention should be made that ion beam etching sources (IBE) have been used for sputter etching these difficult materials. IBE with sample tilt and rotation can be used to remove sidewall redeposition. There are other plasma chamber configurations with different rf frequencies that may also assist in removing unwanted sidewall material.

Redeposition on the Chamber Surfaces

Over many runs, metal being redeposited on the walls of the chamber can cause particulate problems. The build of resputtered material can start flaking off. If the chamber has dielectric walls, as in an inductively coupled plasma (ICP), the rf coupling may be impacted and result in a decrease in plasma etching performance. For this reason, sputtering etching of metal is often done in a parallel plate where the walls are already grounded. The tradeoff between using an ICP or a //RIE (parallel plate reactive ion etcher) is etch rate while the selectivity is approximately the same. Similar issues are encountered when using a metal as a mask for deep etching. Even with high selectivity, the metal mask will get resputtered and shorten the time between cleans.

Since the metal redeposited on the chamber will not simply clean up with a plasma, chambers are often designed to enable a fast swap out of the contaminated parts. Some systems utilize shielding to collect resputtered material and avoid deposition on the ceramic parts.

The mechanistic similarity of sputter etching to sandblasting translates into a sputter etch process that is not highly selective to most mask materials. This low selectivity means that if the mask is too thin (referenced to the metal thickness), then it will not do an adequate job as a mask. Fortunately, the thickness for these difficult metals tends to be fairly thin (<0.5 μm), and it is easy to pattern photoresist of a sufficient thickness. Although selectivity between most masks and most difficult materials is relatively low, there are enough differences in that situation that may warrant using other materials such as SiO2 or other metals that might be wet etch off-post etching.

There are several approaches to etching difficult materials. Choosing the method appropriate for the applications means understanding the tradeoffs between pattern fidelity and potentially generating unwanted resputtered material. There are ways to reduce resputtered material, but they typically involve more effort from a process perspective. Keeping the difficult metals limited to as thin as possible is probably most helpful in minimizing resputtered material when sputtered etching, using a lift-off process or losing lateral dimension control with wet etching.