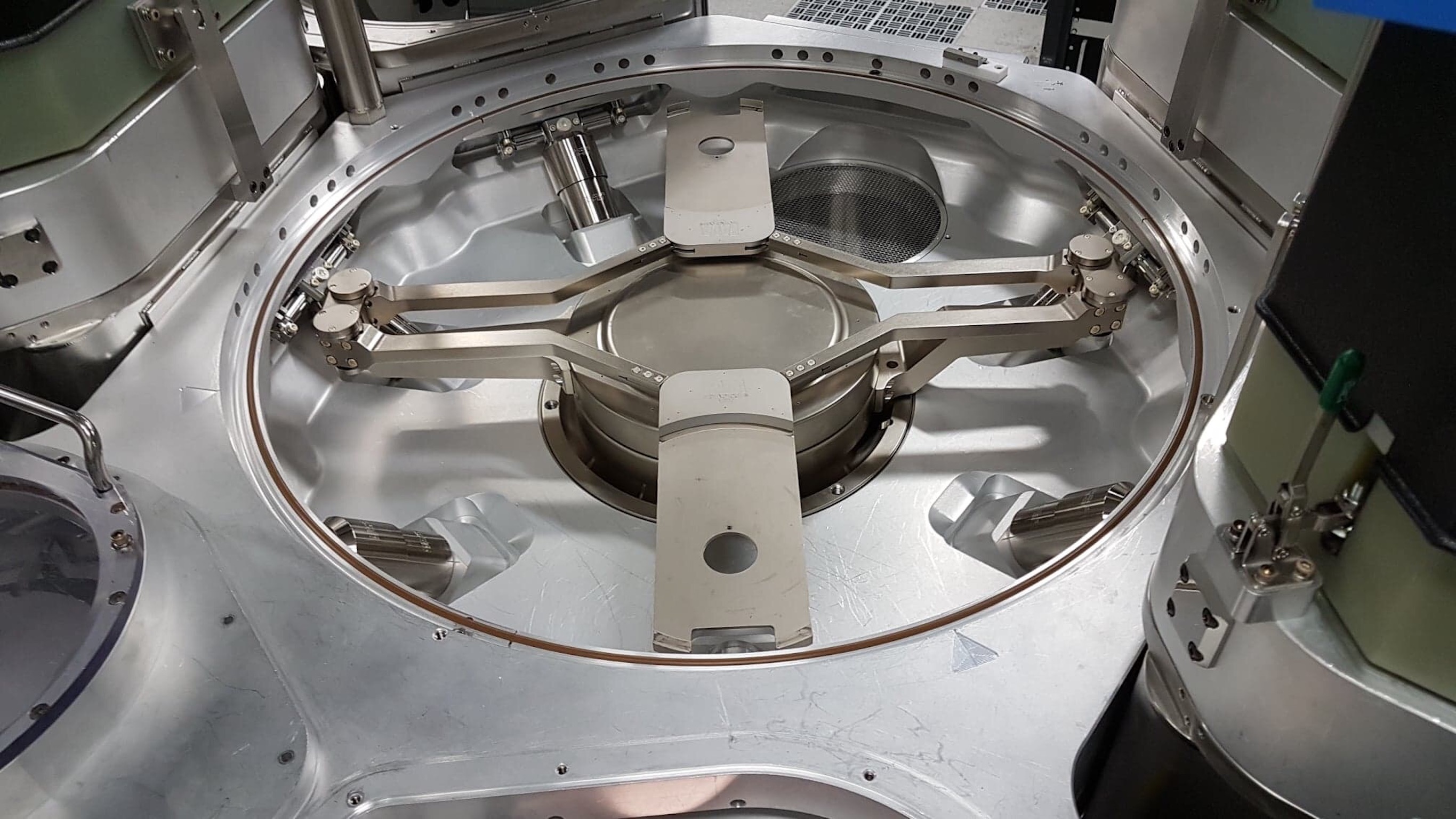 What is Etch Selectivity?

Example: A mask of photoresist may be used to pattern any material such as Gallium Arsenide (GaAs), Gallium Nitride (GaN) Si, dielectrics, and metal. Both the mask and the underlying material will etch during the process. The ratio of their etch rates is the selectivity.

It may also be used to describe the relative etch rates between different layers of materials. In some devices, it is useful to etch one layer with minimal or no etching of the underlying layer.

Example: Power amplifiers transistors in wireless applications may require etching one layer and not one beneath it. Here, the capability to etch GaN and “stop” etching on Aluminum Gallium Nitride (AlGaN) is useful and in this case, the selectivity would be very large. Another example is found In MEMS microphones where a silicon cavity is etched and the etching is stopped on the layer that serving as the vibrating diaphragm.

In the semiconductor industry, plasma (dry) etching is used regularly to create microelectronics. After patterning a masking layer, the material is etched precisely to replicate the masking pattern. The mask is then removed. During the fabrication of a device, this series of steps is often repeated many times depending on the specific needs of the project. Understanding etch selectivity is important to successfully determine mask thickness and being able to control the etching results.

What is Etch Rate?

Etch rate is the speed of the etching process for a material. Etch rate is determined by measuring the depth an etch achieves in a period of time. It is reported as distance/time with typical units being Angstroms/second, nanometers/minute, or microns/minute. In general, one strives to have etch rates commensurate with the etch depth desired: deep etches would benefit from fast etch rates to enhance productivity while shallow etch depths would benefit from slow etch rates to provide accurate depth control. Etch rate is dependent on etching conditions that include the chemistry being used, temperature, pressure, and the equipment configuration.

What is Selective Etching?

Selective etching is when one material etches significantly faster than another material. The result is a difference in the amount of materials that are removed in a time period. As in the example above, selective etching to a mask material means the mask is only slightly thinned while the material of interest to be etched is removed more. Etching that is selective to a mask allows the mask to be much thinner. It is also easier to achieve a more vertical profile in the etched material. In cases where there are layers of material, as in the second example above, it may be useful to selectively etch one material and selectively stop on the underlying material. Selectivity is only one of many etching characteristics for a process. Others include uniformity of the etching rate, the profile of the feature being created, and surface morphology (roughness). The etching technology used plays an important role in the results. Using equipment like reactive ion etching machines (RIE), inductively coupled plasma machines (ICP - RIE), or deep reactive ion etching machines (DRIE) will strongly influence selectivity.

What is Non-selective Etching?

What Does “High” Selectivity Mean?

High selectivity is a relative term to describe when two materials etch at significantly different etch rates to provide desired results. Often it refers to cases where the mask is etching slowly compared to the material being patterned with the etching. High selectivity does not automatically imply anisotropy (directional etching) but often helps. The term is also used when the intent is to stop etching on an under-layer. In general, selectivity of >5:1 is considered high selectivity. In some cases, selectivity may be in the 100s:1.

What Does “Low” Selectivity Mean?

Low selectivity is when two materials etch at relatively similar rates. When there is low selectivity a mask will not provide as much protection for etching the material of interest. This means a thicker mask may have to be used to etch to a required depth. In these cases, it may require switching to a different masking material that has higher selectivity. A special case of low selectivity is equal rate etching when selectivity is 1:1. This is useful in the fabrication of micro-lenses when the mask shape is reproduced in the material being etched.