The Versatility of Plasma: Interview with Dr. Steven Shannon 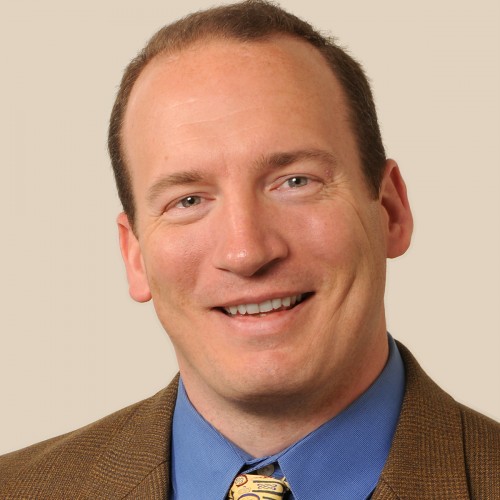 What have you recently been focusing on?

Our group broadly focuses on studying plasma phenomena. If I were to point to some of our specialties, it would be plasma source design, especially radio frequency and microwave source design. And then developing new diagnostics to be able to characterize the plasmas that we form, using the source. It's a two-headed monster: make a new plasma, and you know nothing. Then you got to develop new ways to probe the plasma, so you can learn something, so we marry those two together. A lot of our research still focuses on plasmas for manufacturing. We do low-temperature plasmas for micro-electronics fabrications still, so we're working on different power delivery methods and source design concepts to try and improve plasmas for manufacturing there. We also work with atmospheric plasma. This new area of plasmas takes away the need for vacuum chambers, and now you can start to ignite plasmas at room temperature.

When you think about what that opens up, all the new materials you can start to treat with plasma, things that wouldn't play nice in a vacuum chamber like people. Plasma medicine is a really fascinating topic.

We have a faculty member we hired a few years ago who is researching ways to use plasmas for womb healing, cancer treatment, and all sorts of medical applications. We have a project in my group where we're using plasma processing to treat materials that can be used for drug delivery. All of these things have been brought about based on advancing technology, so you can build stable, controllable plasma discharges at higher pressures.

Now you can treat water — things that you can't put in a vacuum chamber. It's a whole new area of things we can play around with. From the low-pressure stuff, we've done a lot of work in and up to the atmosphere, it's still the same mantra. It's design the source, design the diagnostic, and try to marry them together to learn something.

You mentioned treating water with plasma. What would that entail?

The best example of what you can do with water is if you were to take room air. Room air is made up of nitrogen, oxygen, carbon dioxide, but the big components are nitrogen and oxygen.

We wrote a paper a few years ago. We took an atmosphere plasma, running room air. We built a system so that we could expose a volume of water to the plasma and were able to show that we could fixate nitrogen species into the water and basically make fertilizer without a Haber-Bosch process. The idea would be that this would run off about a kilowatt of power. You could put it on a farm, and you could basically produce your fertilizer locally. For food production in areas that don't have a large industrial infrastructure where they can get Haber-Bosch produced ammonium nitrate, this would be a way to make more nitrogen-rich fertilizers locally.

You also mentioned plasma as it relates to drug delivery mechanisms. Can you expand a bit about that?

The plasmas don't directly contribute to the delivery, but some of the materials used for drug delivery can use plasmas to treat the surfaces of these materials. This can help enable these materials to be used for drug delivery. For example, one of the materials that we're working with in our lab is a material called chitosan. The primary feedstock for manufacturing chitosan is chitin, which is basically ground-up crustacean shells. You process the chitin from shellfish to produce chitosan.

If you want to use something like [chitosan] for internal medicine, the challenge is you have a polymer that you can also attach other things to, say pharmaceuticals. First, you have to reconcile the fact that the polymers also going to want to attach itself to toxins, and you need to have a very low level of these toxins attached to the chitosan to use it for internal medicine for things like delivering drugs. So, we're using plasmas and have shown that we can reduce the endotoxin load in chitosan by a factor of 100 by treating it with a plasma that is made up of helium, nitrogen, and oxygen. If we can get it down by one more factor of ten, which we believe we can do, this enables us to produce drugs that can go through the blood-brain barrier and could deliver drugs to the brain. It's also been used for treating battlefield wounds, bladder cancer treatment, and all sorts of things.

If we're able to get this process to work, this would really be a game-changer. It can reduce the cost-barrier for using this material for all these medical applications. It's really exciting!

For some of these processes, yes. The main difference is the pressure range of the operating. For example, the chitosan treatment is run at atmosphere. We actually put the powder in a plastic bag, fill the bag with the combination of gases that gives us the ideal process, and then thermal seal the bag with the power in it. Put it between two parallel plates just like a semiconductor chamber would have, and then we ignite it with a high-frequency distort. Then we ignite a plasma inside the bag and that's what treats the powder. Then we take the powder and send it directly to our collaborators, and it's a sealed, purified bag, so we don't have to worry about cross-contamination.

Short answer, yes. Not all plasma processes but some plasma processes, even for microelectronic manufacturing could be done, yes. One example is the experiments we've done with the same plasma source I was telling you about that we used to produce fertilizer to produce nitrate. By playing with the gases, we ran an experiment where we used carbon dioxide, and using carbon dioxide gas, we were able to strip photoresist from silicon at atmosphere.  It determined what part of the plasma it will treat and which part it's not going to treat because it's covered with photoresist.

When you're done etching, you still have to strip that masking layer off, and we were able to do it at atmosphere using carbon dioxide. Some processes, however, aren't conducive to atmospheric pressured processing.

I had no idea that plasma was that versatile.

My favorite quote about plasmas is that if you look at the - I forget how many steps there are in making a computer chip anymore, something like 5 or 600 - individual process steps to go from bare silicon wafer to product,  and plasmas are used in about 25% of them. It's a commonly used technology, especially semiconductor manufacturing. And as I said, it's really grown into other areas.

In the atmosphere, they're starting to use plasmas for things like direct writing of features, using a small plasma jet where you can direct-write features on a surface. You can even use them as a mechanism that enables 3D printing to go.

What an exciting future for plasma! Thanks for taking the time to talk to me.

Want to learn more about plasma processing technology? Check out our whitepaper on Plasma Etching.